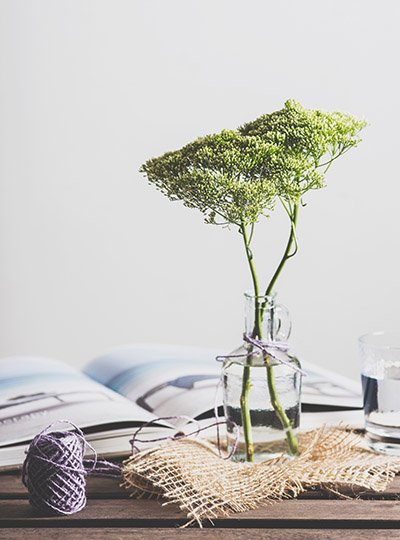 The One Article That Changed My Life 13 Years Later

In 2003, I was living in the lower Pac-Heights neighborhood of San Francisco with my then-fiancee. Every day, we woke up at 5:30 AM, walked the dog (in the dark) up to Alta Plaza Park, got dressed and drove 45 miles south to Santa Clara in stop and go traffic. At 5:00, we’d repeat the whole process in reverse and go to bed by 9:00.

I was a Data Engineer at a major tech company. Please don’t ask me what that is because I didn’t know then, and the ensuing decade certainly hadn’t provided any clarity. I sat in a gray cubicle in the midst of a sea of identical gray cubicles, and over the course of that year, I increasingly improved my aptitude at both playing solitaire while hiding the fact that all I did was play solitaire.

I went to college to become an engineer because…well, I’m not sure why. At the time, it had something to do with proving to my boyfriend and his friends that I was just as smart as they were. But, proving the point didn’t necessarily bring fulfillment, happiness or even mild content. In short, I was miserable.

In the two years since I graduated, I had researched graduate schools, looked for countless other jobs, and begged my parents to move home (they said no). I felt trapped because the only other work I was qualified to do that would afford my San Francisco rent and car payment was the same work that was currently driving me slowly insane.

I knew that I wasn’t on the right path. I knew I couldn’t survive in this environment for the next 30 years until I finally got to enjoy my life. I just didn’t know what I should do or how to go about doing it.

And, I was so afraid.

One unremarkable day, I was sitting in my cubicle. Tired of playing solitaire and chatting on AIM with my friends, I was surfing the net and somehow stumbled on an article that would permanently alter the direction of my life.

The article was called What Should I Do with My Life? and it was written by a guy named Po Bronson.

I devoured the article. (Later, I consumed the book. I emailed Po and shamefully spilled my guts, which is, in retrospect, embarrassing to admit. I felt like he was talking right to me, so why shouldn’t I talk back at him?)

“[People] thrive by focusing on the question of who they really are — and connecting that to work that they truly love (and, in so doing, unleashing a productive and creative power that they never imagined).”

With each paragraph of the article, I could feel my heart beating faster. I thought, albeit tentatively, maybe it’s okay that I don’t want to be an engineer even though I just devoted four years of my life and 6 figures of my parents’ money to become one. I began to think maybe I could walk away, even though I’m only 24 and haven’t earned the right to be dissatisfied. I began to feel something other than fear and despair…possibly it was hope.

“There are far too many people who look like they have their act together but have yet to make an impact. You know who you are. It comes down to a simple gut check: You either love what you do or you don’t. Period.”

Wow, I thought. I envisioned a life of being an engineer (my version anyway). Going to work every day, staring at the clock, doing the bare minimum, to make a salary in order to finance a life I didn’t want, to always be living for five PM, for the weekend, for vacation, each year transitioning from one to the next with no discernible difference or accomplishment.

And, then I pictured a different path…one where I did work that meant something to me, that allowed me to be creative, that provided tangible evidence of effort, with people I enjoyed being around.

I lasted another year before I quit. And, everything I feared came true. My parents were crushed. My new husband (now ex) was disappointed…and disapproving. I spent one semester at Arizona State pursuing a new undergraduate degree in interior design, and then I lost my nerve. I hated feeling like a failure. I hated everyone looking at me like I was a fuck up. I hated feeling poor even though we weren’t. I was scared of being uncomfortable, and I was too weak to deal with it.

Within ten months of quitting, I was right back where I started. Literally. I took a job working at the same company but for a lot less pay. It makes me cringe just to write that.

I knew I wasn’t meant to be doing this. I knew I was creative and artistic and had a burning desire to make things. I also knew I was skilled technically and had an aptitude for building business systems and project management. After all, I had done well in engineering school and even in my internships before I realized…oh my God, I have to do this for the rest of my life.

“…avoiding crap shouldn’t be the objective in finding the right work. The right question is, How can I find something that moves my heart, so that the inevitable crap storm is bearable?”

That was the problem with tech. I couldn’t stand the crap involved…the pointless meetings, the canceled projects, the artificial deadlines, the meaningless acronyms people used like they were real words, and the buzz words and phrases. Like “that’s not in my wheelhouse” and “let me wrap my head around that” and (my favorite) “let’s poke on that a bit.” Gag.

I gave it another shot. I really tried that time, and I lasted one more year, until I took an escape hatch in the form of a job offered by an old acquaintance that would allow us to leave the Southwest for my native Northeast. It was a band-aid at best…tolerable but stultifying. I didn’t like what we were doing and I didn’t like who I was while I was working there. When the company ran out of money, I breathed a sigh of relief. At least, I wouldn’t have to keep pretending. At least, I could collect unemployment while I figured things out.

It had been four years now since I first read the article, and I wasn’t any closer.

“The relevant question in looking at a job is not What will I do? but Who will I become? What belief system will you adopt, and what will take on heightened importance in your life?”

My former employer, feeling guilty, asked me if he could do anything for me. I thought about it for a minute, screwed up the tiniest bit of courage, and then asked him to get me a job with his friend who was an interior designer. I would do anything. I would work for minimum wage.

Thankfully, she was open to the idea. She interviewed me and offered me a job on the spot. I started auditing classes at a local university so that I could enroll in a masters program for professionals who wanted to transition into interior design.

That job saved my life in more ways than one. The woman I worked for was certainly a talented designer and taught me so much of what I know and use today. But, she was also unfailingly kind and generous. When she found out I was getting divorced, she immediately gave me a huge raise so that I could support myself. I tear up now just thinking about it. When I decided to move to Iowa, she gave me a wonderful send-off. From her, I learned how I wanted to treat people. I learned first hand about the law of attraction – that what you put out into the world returns to you.

In short, I had found the work I’d been looking for all along – a place where I could express myself creatively, contribute my technical skills, work with and for people I loved.

“Probably the most debilitating obstacle to taking on The Question is the fear that making a choice is a one-way ride, that starting down a path means closing a door forever.”

I ended up completing a Masters in Interior Design. Today, I work as an interior designer, and I also teach design at the university level. But, I’m still constantly questioning if I’m on the right path. I keep asking myself if the crap is worth it. Some days, I can’t always say that it is.

The difference between my 2003 self and my 2015 self is that I know that the answer isn’t a new company or a shiny new cubicle or more money – certainly not more money. I’m making little more than half of what I used to make as an engineer and am far and away happier than I ever was before.

The answers were always inside me. I’ve had to ask myself what truly mattered to me…what do I really value, who do I want to be, who do I want to become? I’ve worked in design jobs that were as miserable as my engineering days, and they were always a result of chasing money or recognition (or subjugating my value system in service of either or both).

So I’m not making six figures like many of my college peers, and some days I am jealous of their houses and cars and wardrobes and vacations. And, I wouldn’t be human if I didn’t ask what if. What if I could have kept on pleasing everyone else instead of myself?

But, now I know the answer to that question would have been a sad, stunted existence in which I gradually became less of myself rather than more. 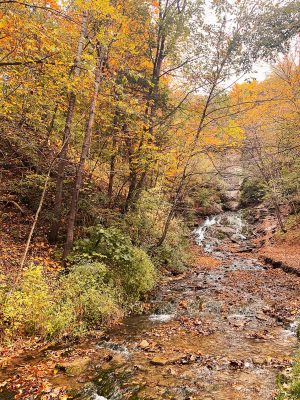