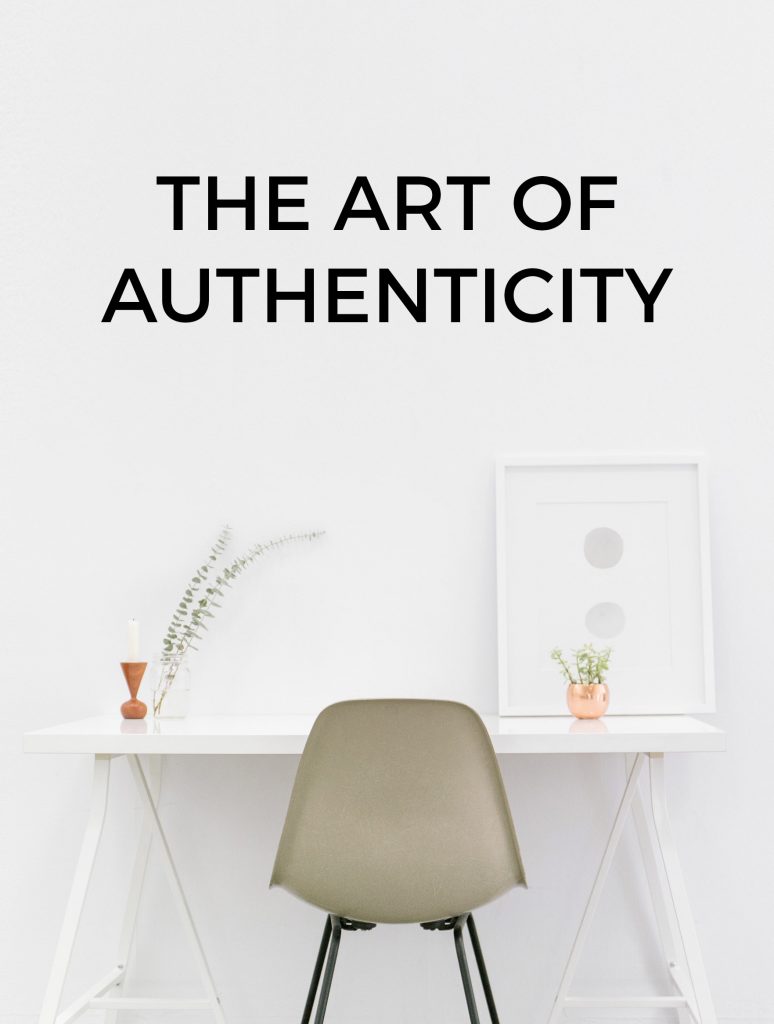 The Art of Authenticity

The New York Times recently published an article by Emily Weinstein titled All That Authenticity May Be Getting Old. The image at the top of the page was a collage of products that I instantly recognized – an owl mug from West Elm, feed sack pillows, rusty gears as art, an ostentatious French inspired chair upholstered in burlap-esque fabric. I was a little intrigued.

The title of the article resonated with a feeling that had been simmering in my mind for the past few weeks. Over the past several years, I have consciously shifted from buying new furniture and accessories for our home to creating a conscious mix of family hand-me-downs, vintage finds from local thrift stores and Craig’s List, and handmade – preferably purchased from a local store or made locally – with a light sprinkling of IKEA thrown into the mix. I made this decision in part from a lack of funds, in part from a growing aversion to products cheaply made in China (that still seem a tad expensive in light of their quality), and in part because I like old things with character. I would much rather bring home, from a flea market, an imperfect, un-pedigreed solid wood desk, which has held up beautifully for decades, than order another veneered particle board design that I won’t think twice about chucking into a dumpster when it begins to disintegrate – probably in two or three years. All that being said, this feeling I was beginning to recognize was a growing discomfort. I was starting to wonder if I liked what I did because I actually liked it – or if because the media I inhale at a furious pace every single day was telling me to.

The article opened with an anecdote about a young woman whose decorating sense sounded strikingly similar to my own. After a while, she felt that the “authenticity” of the one-of-a-kind pieces she collected was “wearing” on her. I can empathize with the sentiment. I bought my first Eames chairs ten years ago for $10 each off Craig’s List and had no idea what they were at the time. I just felt some sort of nostalgia for my grade school cafeteria when I looked at them, and I liked their shape and color. I look at my current set of Eames chairs, which I painstakingly refurbished, and dispassionately contemplate how much money they would fetch me at a local, overpriced vintage store. They’ve lost something for me…because they’re absolutely everywhere.

The article goes on to call out some big name retailers – West Elm, Pottery Barn, CB2 and Restoration Hardware – for mass producing (probably in China) vintage and antique knock-offs. I have mixed feelings about this. On one hand, I think a mercury glass finish is incredibly beautiful, and I don’t care if it’s antique or not. I’m actually pretty happy that I can buy a beautiful, shimmering, silvery vase without combing garage sales and antique stores for years and than paying some ridiculous price for it. I also adore Rejuvenation and Schoolhouse Electric for creating reproduction pieces that allow homeowners and designers to honor a building’s architectural roots with energy efficient, and safe lighting fixtures. On the other hand, Restoration Hardware’s recent veer towards faux industrial French vintage knockoffs leaves a bad taste in my mouth, and I’m not entirely sure why.

But, Ms. Weinstein lost me when she lumped hand-crafted, artisanal products in with the vintage knockoffs. She specifically called out Etsy and the ubiquitous trends  that are so prolific on the site. Birds on a wire, owls and mustaches (I still don’t get it) are few that pop into my mind right away.  She makes snarky comments about West Elm partnerships with artists and artisans as well as its recent collaborations with Etsy. As I read through the article, I began to think, so, what’s the alternative? If we can’t afford high end art, do we go back to buying prints at Target and IKEA? Do we walk into a furniture store like Ethan Allen or Crate and Barrel and say, “Oh, I like that dining room. I’ll take the entire set.” I feel like that’s a major step backwards and serves no purpose. The surge of interest in independent artists and makers (makers of anything from knitted hats to ceramic vases) is the best thing to come out of the Recession. How can buying something that allows another human being in our community to live their life doing something that they’re passionate about ever be a bad thing? How can repurposing actual vintage furniture, whether you do it because it’s in vogue or because it feels familiar and comforting, thereby saving it from the landfill ever be considered tacky or passe?

William Morris didn’t say, “Have nothing in your house except what the New York Times dictates to be socially acceptable and chic but not so chic that everyone else wants it too.” For me, authenticity in home decor or personal style or anything for that matter comes down to being yourself, buying what you love, and for reasons that make sense to you. If you can’t live without the vintage industrial look or mustaches and birds, then go for it unapologetically. I think having a little stuff we feel a true connection to is way more important that having a lot of stuff that doesn’t resonate with us personally. It doesn’t matter where it comes from Walmart or the highest end store in LA or if it’s on every magazine over or completely out of style. It only matters that you love it. 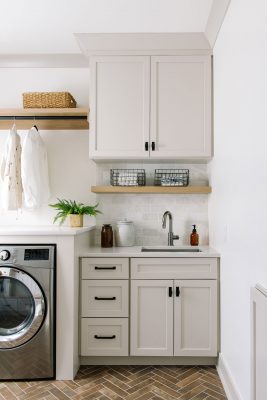