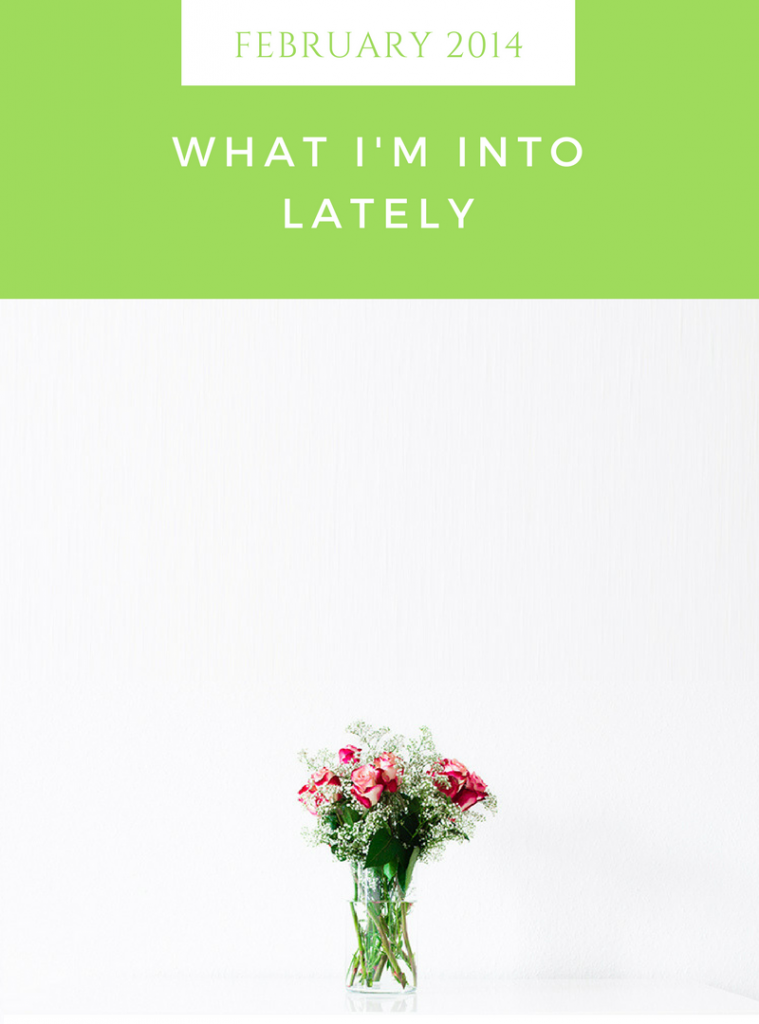 February was a pretty big month for us. We celebrated our first anniversary with a delicious dinner at Cafe Di Scala in the Sherman Hills neighborhood of Des Moines. It was our first time eating there, and we thoroughly enjoyed our meal. Everything was amazing, and I wouldn’t hesitate to go back. I liked how quiet and intimate the atmosphere was, and if we lived in Sherman Hills, I would definitely enjoy grabbing a glass of wine at the bar now and again.
Mid-month, we celebrated my 35th birthday with a quick trip to Minneapolis. We stayed at the W downtown, which was a really interesting experience from a design perspective. I didn’t take any photos because I forgot my camera (and the MotoX is abysmal at low light photography), but I would have. I enjoyed how the designers incorporated the new hotel concept into the old building, preserving details that mattered and creating an overall concept for the main floor that paid homage to the building’s history. The rooms were nice at first glance but boasted some disquieting design details (like sliding bathroom doors that didn’t close all the way).

After much research, we ate dinner at Cafe Lurcat, which was tasty and pleasant. Our server was very attentive, which I thought I would mention since some on Trip Advisor thought the service lacking. After dinner, we met up with old friends in the hotel lobby bar, and the next morning, we had breakfast at Hell’s Kitchen. The service there was not particularly good, but the Huevos Rancheros were amazing.

The primary reason for our trip was to pick up the parts and pieces for our new kitchen island at IKEA. I’ve shared some snippets of the process via Instagram, and I’ll write a post about the whole thing later this week when our new countertop is installed.

We celebrated my birthday again a couple days later with our once-a-year treat of homemade fettucine with bolognese sauce, after which I was totally ready to get back on the Paleo bandwagon. I feel so good when I eat mostly Paleo or Primal, and I try to make deviations really worth it, which for these occasions it definitely was.

During the second half of the month, we’ve been eating at home a lot and working on our kitchen island project. I redesigned my website and this blog after much trial and error and updated my website with my design services. I’ve also been working on a kitchen design project in my spare time outside of school. I have not been working out or reading much, but I’m trying to shift back to creating more balance in my day to day activities. I don’t know about you, but I’m ready for winter to end so I can get back outside for daily walks.

Quiet: The Power of Introverts in a World That Can’t Stop Talking by Susan Cain. I am only halfway through this book because I have let my morning reading habit slide a little, but I am determined to finish it. I have had several aha moments as I’ve been reading it, and I’ve really been enjoying the insight into my personality style. Maybe I’ll write a full review when I finish it.

Netherwood by Jane Sanderson (listened to). So, I enjoyed this book up until the end when I realized that there was probably a sequel, which I discovered there is. It definitely felt like a guilty pleasure type of book compared to some of the other books I’ve read in the past year. I read the first two books of Ken Follet’s Century Trilogy in early 2013, and they tackled the same themes and historical period in a much more intense way, for good or for bad.

Magazine – The Simple Things. I picked up a copy of this British magazine at B&N when I was looking for some inspiration. It’s beautifully done, and the photography is stunning with a nice mix of

Magazine – Paleo Magazine. This is the first issue of Paleo Magazine I’ve read, and I thought it has a nice balance of substance and snippets of information. I read almost all of the articles and thought them to be very informative. There was also a nice selection of recipes at the back. I am considering subscribing.

Magazine – HGTV Magazine. For as much I can’t stand HGTV anymore (do they ever run anything besides The Property Brothers or Love It or List It, which is possibly the worst show since Decorating Cents), I Iove this magazine and am long overdue to add it to my subscriptions list. March was the color issue and featured this amazing makeover. I would love to makeover a little girl’s room.

Downton Abbey. This season was a total let down, but I’m trying to see it as part of a larger arc. I remember the same phenomena occurring in the middle of Mad Men.

Various movies of varying degree. Like Blue Jasmine,The Place Beyond the Pines and True Grit.

Other. The Music of Llewyn Davis and Inside Llewyn Davis, which were both really nice supplements to the movie. And, the Austin City Limits episode with Sarah Jarosz and The Milk Carton Kids.

Podcasts. The Lively Show and Underground Wellness in addition to all of the other podcasts I mentioned last month. Also, I got addicted to After the Jump with Grace Bonney. I don’t know why it took me so long. The episode with Jon Call was another big aha moment for me this month.

Flourless Chocolate Cake via Modern Mrs. Darcy. If you loved undercooked brownies as a kid, this is the cake for you. So good and so easy.

The Taj Mahal Chicken from Well Fed 2. This is a chicken curry recipe that incorporates raisins, which gave it a little bit of unexpected sweetness. The spices and seasonings were spot on just like all of Melissa’s recipes. If you don’t have this book yet, get it.

I hope you are staying warm! Let’s keep our fingers crossed that Spring makes an early debut and releases us from this misery soon.